With Ivory Coast and Japan kicking off in the early hours of Sunday morning (GMT), there are four games taking place on day four of the World Cup. Three groups are featured but who can claim vital wins at the start of their campaign?

Colombia are expected to win Group C comfortably so this could be the most important fixture of all in terms of claiming second place in the section. Ivory Coast have been strong in previous tournaments while Japan haven’t really made their mark as yet and in the lead up to kick off, the result market is very tight.

Currently, Ivory Coast are marginal favourites for three points at 7/4 with Coral. Japan are at 2/1 with the draw finishing things off at 11/5. A cagey encounter could lead to a draw but it may just be too close to call.

Everyone’s raving about the Belgians at Brazil 2014 but no-one mentions the Swiss who could be just as exciting. The European side enjoyed an impressive qualifying campaign and are highly ranked by FIFA, making their win odds of 8/5 with BetVictor very tempting.

Elsewhere in the result market for this tie, Ecuador are priced at 12/5 with Coral while the draw is the final option at 21/10 with Winner Sports. The teams have never played each other so there’s no previous history and that makes it a little tougher to call.

On balance however, the Swiss do have a stronger side and should win it but it is likely to be close so 2-1 to Switzerland in the correct score market is another tempter at 11/1 with BetFred.

The second match in group E should be a little more straightforward: France are clear favourites to win the group, with Honduras at the back of the betting so a win for the French is the sensible bet at 4/11 with Ladbrokes.

Winners in 1998 and runners up in 2006, France can be strong at World Cups but they can also be very inconsistent and of the main European teams, they could be the ones to suffer most in South American conditions. As the tournament progresses, their cause won’t be helped by the loss of Franck Ribery, who is ruled out of the competition through injury, but for now they should be too strong for their opponents.

Honduras are priced at 12/1 and the draw at 4/1. Those might be tempting figures but the simple fact is that there is a huge gulf in class between the two teams. 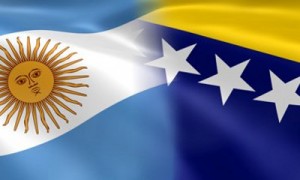 This game represents Argentina’s only real test in group F and even this should be very straightforward for Alex Sabella’s side who are 4/9 for the win. There is an injury concern however with Sergio Aguero expected to miss out but the presence of Lionel Messi means that the South Americans have no real worries.

Bosnia are quoted at 7/2 with Coral for the win while the draw is at 15/4 but this is all about the Argentines. Messi to score first can be claimed at 11/10 with Paddy Power although that is a bit short, even for a man of his class. Other side bets are available but first and foremost, take your profit on a win for Argentina.