Tuesday sees four more group games taking place with plenty of last 16 places still up for grabs. All four ties have something riding on them so who will progress and who will be on the first plane out of Brazil?

England’s campaign is over at the earliest possible hurdle but Costa Rica will want to take the point that will see them head this group. Before a ball was kicked in the World Cup, you could have claimed as much as 50/1 on the Costa Ricans to win the section but they have been the most impressive of the four teams here.

Form alone suggests another victory for the South Americans and this is quoted at 7/2 with BetFred. Incredibly, England are odds on favourites at 5/6 with Stan James. It’s also worth remembering that Roy Hodgson will change this England side around and give some fringe players a chance so with that in mind, a Costa Rican win looks even more likely. 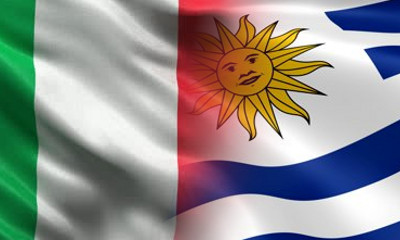 Unlike the previous match in Group D, the bookmakers can’t decide on this one and you can currently claim the same win odds on both teams. Italy are quoted at 9/5 while Uruguay are at the same 9/5.

A draw, at 23/10 with Winner Sports, would see Italy go through but bearing in mind the awesome form of Uruguay’s Luis Suarez, it would be dangerous for Cesare Prandelli’s men to play a defensive game here. The result looks too close to call but a safer option could be to back Suarez to score in 90 minutes at 13/8.

A win for the Ivory Coast will guarantee a place in the last 16 but despite a poor campaign so far, Greece aren’t completely out of the running. If the Greeks take all three points and Colombia beat Japan, they will progress but that would be more than their campaign actually deserves.

The Ivorians are obvious favourites at 11/10 with William Hill but taking form into account, it’s a surprise that they are not odds on for the win. Other prices in the result betting see Greece at 14/5 and the draw at 5/2 with Winner Sports.

A draw may not be enough for the African side so they should be going all out for the win here and 11/10 seems an excellent price when you look at those early results.

The Colombians head group C after two opening wins but once again, it’s a huge surprise that they aren’t odds-on here. Jose Pekerman’s team are on offer at 7/5 with William Hill and perhaps the complacency factor has made them drift slightly.

Colombia are guaranteed to progress and should finish top of the group, no matter what happens on Tuesday so that could give Japan some hope at 11/5 with Ladbrokes.

The player to watch out for here is attacking midfielder James Rodriguez who has scored twice in this tournament so far and looks a sound option at 13/5 with BetVictor to find the net in 90 minutes. As for the result, if complacency does hit the Colombians then this market might be justified but at odds of 7/5, this impressive South American side are just too good to turn down.