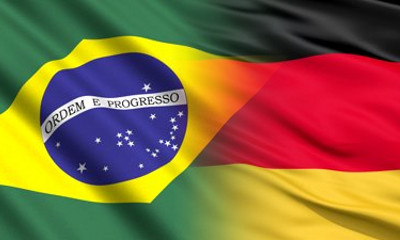 Brazil may remain favourites to win the 2014 World Cup but if they are to lift the trophy for a record, sixth time, they will have to do so without their best player and top scorer. Neymar was ruled out of the tournament after a sickening tackle from Colombia’s Juan Camilo Zuniga saw the Barcelona forward carried off on a stretcher.

Some will say that the Brazilians can have few complaints after resorting to a physical style of play that targeted Colombia’s James Rodriguez in particular but Neymar’s absence has certainly evened up this semi final and the pre-match market is exceptionally close.

Brazil remain favourites to win this tie in 90 minutes but only just: Currently, the host nation are at 15/8 with BetFred but if you’re backing the Germans, the odds shift very slightly to 19/10 with Coral. The draw completes the betting at 23/10.

Remember, those prices are for the 90 minute result and if you prefer, you can stake on which team you think will qualify. Bizarrely, the Germans become favourites for this bet at 10/11 while Brazil are marginally further back at Even Money with BetFred.

Neither side has particularly dominated throughout this tournament but that accusation can be made at any of the four countries who remain in the competition. In the group stages, Germany were lucky to come away with point against a spirited Ghanaian side and they followed that performance with an unconvincing 1-0 victory over the US.

Brazil also dropped points in the groups thanks to a 0-0 draw with Mexico and then needed penalties to overcome Chile. Both quarter finals were won in normal time – Brazil edged past Colombia by two goals to one while an early Mats Hummels strike saw Germany through against France.

Overall, form is very mixed and doesn’t make the task of predicting this game any easier.

In Neymar’s absence, Brazil’s front line need to take greater responsibility and not rely on their team mate’s goals to take them through. Fred always seems to be under fire from the media but at least he has found the net in this tournament, unlike the equally underwhelming Hulk.

A greater attacking threat can come from midfield where Oscar and David Luiz have given better support to Neymar. Chelsea’s Oscar is a strong option at 5/1 for an anytime goal while Luiz is quoted at 6/1 with BetFred in the same market.

For Germany, Thomas Muller is the side’s leading scorer with four and is the obvious threat for Joachim Low’s team. Meanwhile, the veteran Miroslav Klose hasn’t been quite so effective but while Brazil will concentrate on Muller, they may underestimate his fellow striker and that makes Klose our tip at 13/5 for an anytime goal.

The knockout stages have provided some high drama but there haven’t been too many goals along the way. We expect this to be another nervous affair and while Coral are offering 5/6 on both teams to score, a better option is to take 11/10 that says this won’t happen.

It all seems set for another game to be decided in extra time and few would rule out the chance of penalties. That’s the point where the Germans will be ruthless but we feel that a Neymar-less Brazil will step up and take greater responsibility as they march towards Sunday’s final.