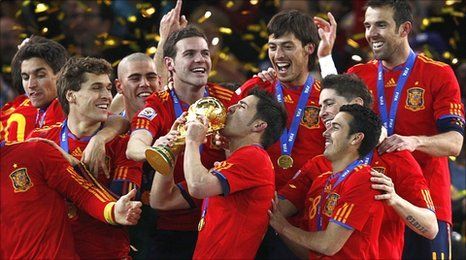 Spain took their first ever World Cup title in 2010 and as they head into this summer’s tournament in Brazil, Vicente Del Bosque’s men have recorded a proud achievement. With two European Championship triumphs in 2008 and 2012, the Spanish have won their last three major trophies but who were the men that guided them to success in South Africa four years ago? 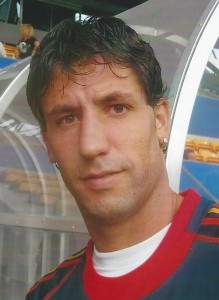 Iker Cassilas has been Spain’s first choice goalkeeper for many years and at the age of 29, he had already passed 100 caps when the squad headed for South Africa. Casillas stood behind a tight defence that recorded four straight 1-0 victories in the knockout rounds and conceded only twice in seven matches in the entire tournament.

The Spanish enjoyed good fortune as far as injuries were concerned so that Del Bosque was able to field a settled back four throughout the finals. Sergio Ramos, Carles Puyol, Gerard Pique and Joan Capdevila formed a solid defensive line and were crucial as their team progressed through that tight knockout phase.

Those four were the manager’s preferred picks throughout the tournament while cover was provided by Carlos Marchena and Alvaro Arbeloa while Barca’s brilliant Victor Valdes was ready to deputise if anything happened to Casillas between the posts.

Once again, Del Bosque enjoyed the luxury of a settled side and this was one of the reasons why the team performed so well in South Africa. Andres Iniesta went on to score the only goal of the final against the Netherlands but with 12 goals in 96 appearances for his country, the central midfielder has never been the most prolific in front of goal. 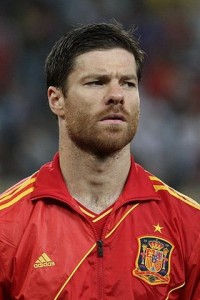 Alongside the hero of the final, there was a definite defensive edge to the central line with Sergio Busquets and Xabi Alonso aiding the back four when required. It all led to a fairly dour midfield and while those four consecutive 1-0 wins did little to excite the neutral supporters, few Spanish fans will ever complain.

Del Bosque had creativity in reserve when required with Valencia’s Juan Mata building a solid reputation that would eventually take him to Chelsea and then on to Manchester United. Cesc Fabregas was also kept in reserve although he did appear as a substitute in the final against the Dutch.

Del Bosque took four centre forwards to South Africa but on the pitch, the coach relied solely on David Villa as a lone striker. The Valencia man scored five times on the way to the final and in doing so, he ensured a share of the Golden Boot with three other players.

Those strikes included the winning goals against Portugal and Paraguay in the knockout stage and clearly Villa was vital to his team’s cause. The manager had plenty of experienced back up on the bench however but Fernando Torres, Fernando Llorente and Pedro were kept waiting for their chance as David Villa excelled.

In 2014, Del Bosque will lead his side to Brazil in the hope that a similar style of play will be enough to retain the trophy. Many of the players who made up the squad in 2010 will return to compete once again with the emphasis being placed on a defensive side who are strong on the counter attack.

In Brazil, where South American teams are expected to dominate, the Spanish may have to revisit that strategy however. The 2010 winners are among the outsiders at odds of 13/2 to win the tournament and their style of play suggests that they may be best avoided this time round.