World Cup Match Day 7: The return of the Netherlands

Wednesday’s World Cup action features two games from group B and one from group A but the most anticipated clash is the one between Australia and the Netherlands. After the Dutch demolished holders Spain on Friday, everyone is talking about their potential to lift the trophy and a win here would seal qualification to the next stage.

After 20 minutes of the Socceroos opening clash with Chile, it looked as if the Aussies would be humiliated but they battled well before finally succumbing to a 3-1 defeat. Unfortunately, the squad now runs into a Netherlands side who hammered the world cup holders in extraordinary fashion.

The Dutch humbled Spain by five goals to one and must now be a banker bet for this tie and the best figure you can get on Louis Van Gaal’s team is 2/9.

Australia are available at 17/1 with BetVictor while the draw is quoted at 6/1 with Winner Sports but it’s impossible to see how the Aussies can get a positive result here. If you like your profits to be small ones then you can back the Dutch but a better option may be to take the in form Robin Van Persie to score at least two goals at 23/10 with William Hill. 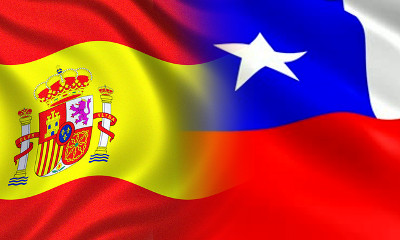 It’s worth remembering that when Spain won the world cup in 2010, they lost their opening game against Switzerland although admittedly it wasn’t by a 5-1 scoreline. Vicente del Bosque’s side now stand on the brink of elimination and it won’t be an easy task here against a strong and combative Chilean unit.

The comparative strengths of the two squads means that Spain are favourites to take the points at a best of 3/5 but the key here is if they can recover from Friday night’s thrashing. There can often be psychological issues with any side who have to come back from such a defeat and it’s all about how the Spanish react.

Chile will know that their opponents are vulnerable and the South Americans are a serious option for the win at 5/1 with Winner Sports while the draw shouldn’t be ignored at 7/2. We think Spain will edge it even though their confidence is bound to be low.

The Croatians will consider themselves unlucky to have gone down to hosts Brazil after a disputed penalty put them 2-1 behind in the second half. Issues with the media have also left some ill feeling in the camp and this is another game where the favourites have to react positively.

Cameroon lost their opening match to Mexico by one goal to nil but in reality, the African side were outclassed and had it not been for some poor refereeing, the margin of defeat would have been much greater.

Despite their own issues with the officials, Croatia looked a little toothless in front of goal and you may feel they are a little short at win odds of 4/6 with Ladbrokes. Cameroon’s performance in their opening clash doesn’t give us much confidence in backing them at 11/2 but the draw does look tempting at 3/1.

The nature of those opening matches suggests that we won’t see too many goals here but we expect Croatia to edge what should be a very tense 90 minutes.