In the so-called Group of Death, Italy and Costa Rica both secured wins from their opening matches in section D and will now face each other on Friday for the right to progress to the knockout phase. Friday’s action also sees two ties from Group E where France and Switzerland meet in another vital clash.

Who will emerge victorious ahead of the round of 16 and which players will find form before the vital fixtures that lie ahead?

Italy came across a determined and attacking England side on Saturday but their superior quality shone through in a 2-1 win. Ahead of the tournament, this would have been a regulation three points for Cesare Prandelli’s men but after Costa Rica shocked Uruguay in a 3-1 victory, the South Americans are going to be a threat to any side.

Italy still head the result market coming into this game and are priced at 4/7 with Winner Sports to take the three points.

Italy will have to pay close attention to Arsenal winger Joel Campbell who opened the scoring in that win against Uruguay. The 21 year old could be a good addition to your betting slip at 3/1 with Winner Sports for an anytime goal but while Campbell’s men will be a significant threat, we expect Italy to edge this one. 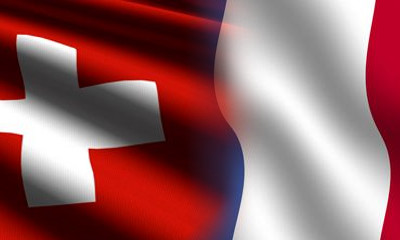 Both teams have three points from their opening matches but the Swiss needed injury time to overcome a determined Ecuadorian team last time out. In contrast, France were far more comfortable in their 3-0 victory over Honduras and partly as a result of that performance, Didier Deschamps’ men are favourites here at 20/23 with BetVictor.

It’s worth remembering that these teams have drawn three times in recent competitive matches and a share of the points will be tempting again at 13/5 with BetFred. A win for Switzerland completes the result market at 4/1 with BetFred.

The game should certainly be closer than the market suggests so perhaps it’s better to seek out alternative side bets. Karim Benzema scored twice for the French in that opening win and the Real Madrid striker is at 6/5 with Winner Sports to find the net in 90 minutes. That could be a safer option in a tie that is tougher to call than the bookies might think.

If either side lose this game then they will be eliminated so we should get either get an open and attacking match or a cagey affair where neither is prepared to lose. Ecuador will consider themselves unlucky to have gone down to that last gasp Swiss winner while Honduras were essentially outclassed when losing to the French.

The nature of those opening ties has led to a predictable result market where Ecuador lead the way at an odds on 8/11 with BetVictor. The Hondurans are out at 5/1 with BetFred while the draw is at 3/1 with BetFred again.

The man to watch here is Ecuador striker Enner Valencia whose goal in that Swiss defeat was his fifth in 11 international appearances. The 25 year old could be a safe pick in the anytime scorer market at 11/5 with Paddy Power in a game where his side should, in theory, rack up plenty of goals in a comfortable victory.