The final batch of second phase group matches takes place on Sunday and naturally all three are vital in terms of progression to the round of 16. The biggest game of the night is in Group H where Belgium take on Russia but back in Group G, Portugal are facing a must win tie. 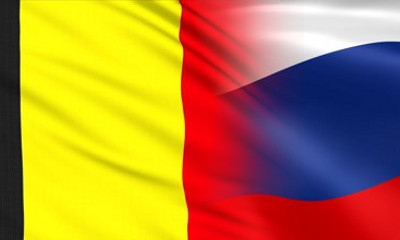 The Belgians weren’t quite the devastatingly entertaining force that we’d all been promised but they did enough to overcome a spirited Algerian team in their opener. A 2-1 win means that victory here will see Marc Wilmots side progress and Belgium are favourites to take all three points at Even Money with Winner Sports.

In theory, Russia should provide a strong test but an unconvincing performance in a 1-1 draw with South Korea leaves Fabio Capello’s men at 10/3 with Coral for the win while the draw is at 5/2.

Capello should at least start his star striker Aleksandr Kerzhakov who came off the bench to level the scores last time out and the Zenit St Petersburg man is at an excellent 8/1 with Ladbrokes to open the scoring. A surprising set of performances in the opening matches is confusing things here but we’re opting to take the draw.

Algeria certainly gave the Belgians a shock in their opening fixture and they will consider themselves unlucky to lose after taking a first half lead. It’s hard to make a judgement on South Korea and although they took a point from Russia, their opponents turned in a lacklustre performance and gifted them their solitary goal.

The bookies have no problem in identifying a winner however with the South Koreans favourites at 11/8 with BetVictor to take the points while Algeria are back at 5/2. The draw is available at 23/10 with Winner Sports and as that result would keep both sides in the tournament, it’s a seriously tempting option.

South Korea’s Lee Keun-ho opened the scoring against Russia although the goal was effectively down to keeper Akinfeev. Lee remains an option in the first goal scorer market however at 15/2 with Paddy Power.

As for the result, if both teams performed as they did in their opening matches then we could genuinely see an upset here and that’s why we’re backing Algeria to take the points.

The game between Portugal and Germany was always going to decide who won Group G but the manner of that 4-0 thumping leaves the Portuguese with serious concerns going into their remaining matches.

Portugal remain obvious favourites for the win at odds of 3/4 with Winner Sports but the nature of their performance is a serious cause for doubt. While Germany were romping home, the USA scored a deserved win against a strong Ghanaian unit and Jurgen Klinsmann’s team suddenly look a value option for the win at 4/1 with BetVictor.

All eyes will be on Cristiano Ronaldo who is priced at 5/2 to open the scoring and he is one of many players who need to improve ahead of a difficult 90 minutes. Elsewhere, Clint Dempsey’s happy knack of scoring important goals makes him a strong candidate in the anytime goal market at 7/2 with Paddy Power.

As for the result, the US will definitely make this tough but Portugal should edge it. 2-1 to the Portuguese is another tempter in the correct score betting at 9/1 with Ladbrokes.