Wednesday’s action in the 2014 World Cup concentrates on groups E and F and while first place in each section isn’t guaranteed, it will be tough for any team to overhaul France or Argentina. In reality, the battle is on for second place in each group and there are some seriously exciting ties in prospect.

The Iranians are generally seen as the minnows of the World Cup but they have put in some strong performances over the years and were unlucky to go down to an injury time Lionel Messi strike against Argentina. Despite that reverse, qualification is a possibility if Iran beat Bosnia and Nigeria lose to Argentina on Wednesday night.

The Bosnians have been disappointing and after two defeats in two matches, their campaign is over yet they remain favourites for the win here at 6/5.

Iran need to find some form in front of goal, but they are a team with a tight defence who we feel can cause an upset here at their win price of 51/20 with Winner Sports.

Alex Sabella’s Argentina were second favourites to win the World Cup and while they have maximum points from their opening two matches, the side has been far from convincing. Effectively, this was the easiest group of all and the South Americans were expected to breeze through but they have made hard work of weaker opposition in Bosnia and Iran.

Naturally, the Argentines are favourites to take a third successive victory at 11/20 with Winner Sports but form suggests you should be a little wary.

On paper at least, Nigeria shouldn’t be able to compete but they are undefeated and could give you an option at 15/2. Argentina should win it but they’ve not been impressive enough for us to tip them. 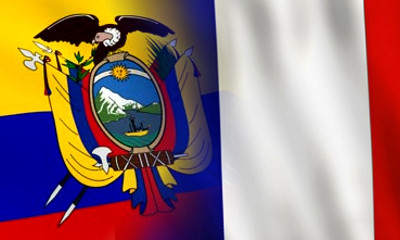 Along with Holland, France have been the most impressive team in this tournament so far and unless Didier Deschamps’ team succumb to an unlikely 4-0 defeat in this match they will progress to the knockouts as group leaders.

The French are strong going forward in a style that mimics the Total Football of the Dutch while at the back, Hugo Lloris and his defence have continued to look strong. Ecuador and Switzerland are the contenders for second place but while the South Americans might look tempting at odds of 15/4 with BetVictor for the win, it’s really all about the French.

Only a complacent approach to this final group game could rob France of victory but the 1998 winners should come through at 20/23 with BetVictor.

The Swiss were highly regarded after a promising qualifying campaign but their performances in this tournament to date don’t exactly do justice to their lofty FIFA ranking. A narrow, 2-1 victory over Ecuador was followed by a 5-2 hammering at the hands of the French and their position as favourites for this game says more about the strength of the opposition.

After two defeats in their opening two matches, Honduras are not actually eliminated yet but their performances give you little hope for a return at 8/1. It may be closer than the market suggests but the Swiss should win. As an alternative bet however, the highly rated Xherdan Shaqiri is due a goal and the Bayern Munich man is priced at 9/4 with William Hill to find the net in 90 minutes.