After two weeks of highly entertaining football, the final group games of the 2014 World Cup are set to be played this Thursday and several teams will be nervous ahead of these vital ties. The remaining positions in the round of 16 are far from decided so expect to see some incredible drama in each of these four matches. 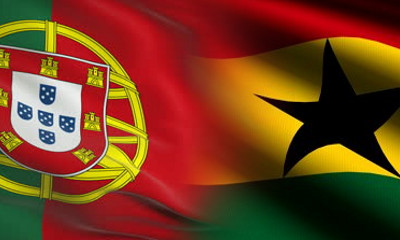 The Portuguese are just about in contention for a place in the next round but it’s undoubtedly been a poor tournament for Cristiano Ronaldo and the rest of this talented squad. After a 4-0 humiliation in their opening game with Germany, it needed a late injury time equaliser from Silvestre Varela against the US to keep their knockout hopes alive.

Even now it will take something of a minor miracle for Portugal to progress. They need to win heavily here and hope that Germany defeat the USA by another hefty margin. The same applies to Ghana who also have just a single point from two games, although that came from an impressive 2-2 draw against the Germans.

So both sides need to attack which will hopefully produce a highly entertaining 90 minutes. Ghana are priced at 21/10 but we’re expecting a dormant Portuguese side to come to life and give us a return at 5/4 with Winner Sports.

We’ve seen two sides to Germany in this World Cup so far: Initially, Joachim Low’s team looked like the ones that everyone had to beat as they demolished Portugal by an emphatic 4-0 scoreline. Following that display however, the 1990 winners were lethargic in a 2-2 draw with Ghana.

Germany are predictable favourites here at 4/6 with Winner Sports but the US have been far more impressive and may tempt many at a generous 10/1 with William Hill. We expect the Germans to win it but are not particularly interested at an odds on price.

We correctly tipped the Algerians to upset the odds and overcome South Korea last time out and there’s every reason to be hopeful of another surprise result on Thursday. Algeria, who are the outsiders here at 11/4 with Ladbrokes, were refreshing in their attacking play against South Korea as they produced one of the most entertaining displays of the tournament so far.

Meanwhile, the Russians have been pretty dire. After a disappointing 1-1 draw against South Korea was followed by a 1-0 defeat to group leaders Belgium, it’s hard to see how Fabio Capello’s men can transform those sterile displays and give any justification for their favourites tag at 11/10 with Winner Sports.

The South Koreans may have caused a minor upset in holding the Russians but their play has been relatively dire over the course of the tournament and that defeat to Algeria suggests that they won’t be troubling Marc Wilmots’ side here.

Belgium haven’t really entertained us as we had hoped so perhaps they were a little overhyped coming into this tournament? Their main issue has been up front where Romelu Lukaku has been under par as the lone striker so either he, or replacement Divock Origi, needs to seriously improve as the finals progress.

South Korea are the outside punt at 17/4 with BetVictor and while we’ve been a little disappointed with the Belgians so far, Marc Wilmots men have enough to take the three points at 4/5.