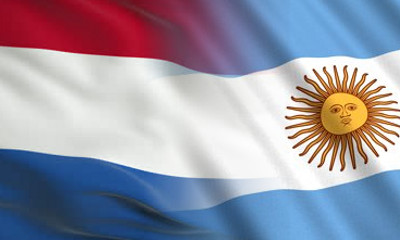 The second semi final of this summer’s World Cup brings us another South America v Europe tie and it has the potential to be a real classic. Two sides who play with great attacking flair will take to the field and after a series of fairly nervous quarter finals, hopefully this will be a more entertaining clash.

Both teams began their respective campaigns in strong fashion: Holland demolished the holders Spain by a scarcely believable 5-1 scoreline while Argentina’s opening 2-1 victory over Bosnia and Herzegovina was more comfortable than the final outcome suggests.

Since then however, results haven’t been quite so emphatic but both countries have kept winning to make it to Wednesday’s semi.

Argentina were second favourites to win the World Cup before a ball had been kicked and the bookies have kept faith with the South Americans. Alex Sabella’s men are at 29/20 with Winner Sports for the victory in normal time while the Dutch are outsiders at 12/5 with BetFred. Finally, the draw completes the 90 minute market at 11/5.

If you’re backing the teams just to qualify, irrespective of whether extra time is needed, Argentina are quoted at 8/11 with Winner Sports while the Netherlands are at 5/4 with William Hill.

The Dutch followed their opening victory over Spain with a narrow, 3-2 win against Australia. Their final, 2-0 group win over Chile was straightforward enough but since then, Louis Van Gaal’s men have been less than convincing.

Holland were behind against Mexico and after drawing level with just two minutes left on the clock, they made it to the quarters by virtue of a disputed penalty. Finally, against Costa Rica, spot kicks were needed to decide a match that remained goalless after 120 minutes.

Argentina’s path has been similar and that opening win against the Bosnians was followed by less comfortable victories over Iran and Nigeria. The round of 16 tie with Switzerland was settled by a late Angel Di Maria goal in extra time while the quarter final against Belgium was marginally more comfortable than the 1-0 result would indicate.

Therefore, on form alone, Argentina have a definite edge over their opponents.

Lionel Messi scored four times in the group stages to stake an early claim for the Golden Boot award but the Barca forward has failed to find the net in his last two. Clearly however, he is the man the Dutch have to watch and he will be marked closely by Holland’s defensive enforcers.

Messi is favourite to open the scoring at 4/1 with Winner Sports with Gonzalo Higuain, who scored the winner against Belgium, priced at 7/1.

For the Dutch, Robin Van Persie and Arjen Robben also started the tournament brightly but failed to make any real impact on the knockout rounds. Manchester United’s Van Persie is quoted at 13/2 with William Hill to score first while Robben is further back at 7/1 with Winner Sports.

Looking at alternative side markets and it’s rare for any game to have both teams to score at an odds-against price. That reflects the cagey nature of the knockout rounds but for this tie, it looks a solid option at 23/20 with William Hill.

Potentially, this could be the better of the two semi finals simply because of the attacking flair on show. Messi, Higuain, Van Persie and Robben should hopefully provide a classic and while we think it will be close, we’re backing Argentina to make it to Sunday’s final.