Who Will Qualify From Europe For The 2018 World Cup 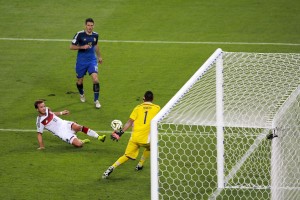 The road to qualifying for the world cup 2018 held in Russia has begun. The teams now know who they will be up against in the groups they have been picked in. A total of 208 different nations across six different confederations will compete for qualification. There are only 31 places available so there are going to be 177 unhappy fans once qualification comes to an end and their team does not qualify. At least they can sit back and enjoy the experience of the great football without the stress of watching your nation be humiliated which is often the case.

In this article, we will take a look at who the favorites are to qualify from the European groups along with their current odds. The two toughest groups for qualification is Group A which has France and the Netherlands competing against each other. The other so-called group of death is Group G Which has Spin and Italy pitted against each other.

The safest bet to place on if for Germany to qualify from their group. On paper, it looks like it should be an easy path for them with Norway and the Czech Republic fighting it out for second place.

Russia are the only team that has qualified for the world cup due to the host nation does not have to qualify. There have been many calls for the world cup to be moved countries due to the drugging scandals and sanctions now against Russia. At present though it is still due to take part as planned in the Russian Federation.

The favorites are the Netherlands and the best free bet offers are at 5/4 odds.

The free betting favorites are Portugal at 8/13 Odds

The free betting favorites are Wales at 15/8 Odds

The free bets favorites are Romania at 11/4 Odds

The best free bet odds is for England at 4/11

The group favorites are Belgium at 4/9 Odds

The favorite for the group is Croatia at 11/8  Odds

The winners of the nine groups automatically qualify for the world cup. The Eight runners-up are drawn to face a play-off against the third-placed team that has the highest points total. The team that wins their game qualifies.