BRIEF HISTORY OF THE TEAM 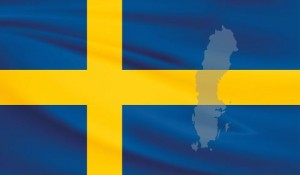 Sweden has had a national football team since around 1908 when football was becoming a more popular organized sport around the world. In the beginning the team did not pull off a good season, with all 5 games played in 1908 against other national teams being lost by Sweden.

For the first years Sweden’s national team did not find success, but in 1916 they began to turn around their performances by beating Denmark for the first time ever. They made 2 Olympic appearances before finally winning a bronze medal in the 1924 Olympics. This was the first medal the team ever won. Other than a number of World Cup appearances (more details about that below), the only other major title Sweden has won is the appearing in the semi-finals of the EUFA Champions League in 1992.

The Swedish National team has made it to the World Cup 11 times. Unfortunately, the team has never won the tournament, reaching 2nd place as the highest in the 1958 World Cup. This was the year that Sweden hosted the tournament, making it a very intense game appearance that led to a disappointing 5 – 2 loss to Brazil. In 1950 and 1994 Sweden managed to place third in the World Cup.

In their 1938 appearance they placed fourth in the championship. Other performances didn’t result in any notable results.

BETTING ON THE SWEDISH NATIONAL TEAM

In recent years, Sweden has been having more success internationally than they did in the early years of their existence. They are expected to qualify for the 2018 World Cup; however, there is still time for anything to happen before that time.

If you want to bet on the Swedish national team, many online bookmakers and casinos in Sweden will offer betting on all the games, both major and minor, that the team plays in throughout the year. This includes various championships they are entered into, World Cup qualifiers, and friendlies that feature Sweden.