One of the most active markets for any World Cup is the Golden Boot with a number of players vying for an award which is presented to the highest goal scorer in the tournament. Over the years, there have been some incredible goal scoring feats at World Cup finals but who are the individuals that have made their mark in previous tournaments and what indicators can they give those of us who are making predictions for 2014?

France’s Just Fontaine holds the record for the most goals in a single World Cup tournament and it’s one that may never be broken. In current World Cup competitions, the most successful teams could play as many as seven games but could any of the current players match the 13 strikes that Fontaine achieved in Sweden in 1958?

The striker was prolific in club football and averaged nearly a goal a game during his eight years with Stade Reims. His ratio at international level was even better and his performances at the 1958 finals would leave Fontaine with a record of 30 goals from 23 appearances.

It’s claimed that he was playing in a pair of borrowed boots when he began his campaign with a hat trick in a 7-3 defeat of Uruguay. The Frenchman followed that achievement with a brace against Yugoslavia and a single, winning goal against the Scots which allowed his country to progress to the next phase.

Three goals followed over two matches against Northern Ireland and Brazil before Fontaine netted no less than four times in the third place play off against West Germany.

Behind this incredible achievement, Sandor Kocsis managed eleven strikes in the finals of 1954 but since Gerd Muller’s 10 in 1970, no player has managed more than eight in a single tournament.

Aside from Just Fontaine’s magnificent 13 back in 1958, no Frenchman has taken the Golden Boot award. In fact, after the Stade Reims centre forward, there is a considerable gap in the country’s all time list. The finals in Sweden were the only time that Fontaine appeared in a tournament so he finished seven clear of Thierry Henry who scored six goals – three in 1998 and three in 2002.

Other countries have been more prolific over a longer span and they tend to be the more successful nations in terms of World Cup victories. Brazil are well represented when it comes to the tournament’s leading goal scorers and out of eighteen finals, five Brazilians have either shared the Golden Boot or won it outright.

The most successful of these was Ronaldo who currently holds the overall record for goals scored at the World Cup finals. The former Real Madrid target man has 15 strikes, spread over three tournaments, including a top scoring effort of eight as his country lifted the trophy in 2002.

Behind Ronaldo, the legendary Pele has 12 goals in four tournaments although the man who many believe was the greatest to ever play the game, never actually won a Golden Boot.

Germany also feature heavily in the list of all time leading scorers and Miroslav Klose has a chance of eclipsing Ronaldo’s record at the 2014 tournament. Along with the great Gerd Muller, the Lazio centre forward has 14 goals in World Cup finals and is set to be Germany’s first choice front man in Brazil.

In total, German or West German players have finished as top scorer in three tournaments. Gerd Muller recorded an impressive ten goals in 1970 before Klose took an outright win in 2006. Thomas Muller completes the trio although the Bayern Munich man shared the award in 2010 with David Villa and Wesley Sneijder.

After West Germany’s Gerd Muller took the prestigious Golden Boot in 1970, he joined up with the national squad as they looked to win the World Cup on home soil four years later. The host nation duly completed a win after edging past the Netherlands by two goals to one in the final and while the man they called ‘Der Bomber’ scored four times, the top scorer accolade finished in the hands of an unlikely recipient.

Poland’s Grzegorz Lato featured in three FIFA World Cup finals and as a winger, his achievement of scoring ten goals across those tournaments is an extremely impressive one. The Poles had qualified for the 1974 event from a tough qualifying group and in doing so, they made sure that a highly fancied English team stayed at home.

Lato had become an important member of the side during that qualifying phase but his seven goals in the finals helped his country to an unexpected third place. Poland were drawn against Argentina in their opening match and it was a tough encounter against a country who would develop and go on to win the World Cup four years’ later.

The South American side were shocked however as Stal Mielec’s Lato opened the scoring after seven minutes and sixty seconds later, striker Andrzej Szarmach made it two. Lato scored again to seal a 3-2 victory and four days later, he secured another brace in a 7-0 rout of Haiti.

Szmarmach, a recognised centre forward, scored a hat trick in that game and went ahead of Lato with a fifth strike in a 2-1 win over Italy. The impressive Poles continued their fine run and by the end of the tournament, Grzegorz Lato had taken the Golden Boot with the winner in a surprise 1-0 victory in the third placed match with Brazil.

The winger would return to the World Cup in 1978 and 1982 and despite only adding three more goals to his tally, Lato’s overall total of 10 in all tournaments is a Polish record. 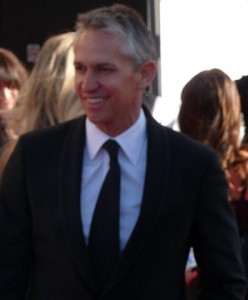 Although Poland didn’t win the World Cup in 1974, the eventual Golden Boot winner played in every possible game – seven in total and usually the winner of the individual top scorer trophy makes it all the way to the final with his country.

There are notable exceptions however and in 1986, England’s Gary Lineker took the award despite Bobby Robson’s side being knocked out in the quarter final stage against Argentina. Before the tournament had even begun, there were fears that Lineker would miss the finals completely after he broke his wrist in a meaningless friendly against Canada. The Everton striker eventually took to the field in a protective cast but he failed to score and had little impact as England took just one point from their opening fixtures against Portugal and Morocco.

Robson’s men were left needing to win their final group game against Poland and a first half hat trick from the former Leicester City forward was enough to seal the points with a 3-0 scoreline. England looked a different side and Lineker scored two more in a 3-1 defeat of Paraguay in the first knockout stage. His final goal came in the 2-1, quarter final loss against the Argentines and while Gary Lineker’s winning tally of six was a relatively modest one, he finished one clear of Diego Maradona, Spain’s Emilio Butragueno and the Brazilian Careca.

As Gary Lineker’s achievement shows, you don’t have to be part of a World Cup winning team to take the Golden Boot but ultimately, the teams that do triumph tend to have at least one prolific scorer in their ranks.

David Villa shared the award in 2010 and his five goals helped Spain to take the trophy in South Africa. The centre forward scored at important times too and his brace against Honduras helped his side get their campaign back on track after a shock opening defeat against Switzerland.

Prior to Villa’s success, Ronaldo scored eight and finished as leading scorer as his Brazilian side won the World Cup. Before that, however, Paolo Rossi was the last man to take the Golden Boot and a tournament winner’s medal back in 1982. Four years previously, Argentina’s Mario Kempes had also recorded a double triumph but overall, tournament top scorers who finish on the winning side are the exception rather than the rule.