Of the many European teams travelling to Brazil this summer, Germany are the continent’s favourites to lift the World Cup and you can currently back Joachim Low’s team at odds of 6/1. We are always told that it’s dangerous to write off the Germans but are the 2014 squad capable of bringing back their first trophy since 1990?

Low has confirmed his final squad for Brazil and it will contain one of the best goalkeepers in World Football. It took some time for Manuel Neuer to establish himself in the side but at 28, he is first choice and key to his team’s success.

Germany’s back four is fairly settled and it includes two men with over 200 caps between them. Per Mertesacker and Phillip Lahm will probably be joined in defence by Mats Hummels and Jerome Boateng. 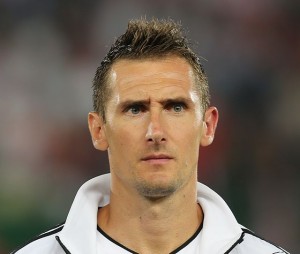 In midfield, there is more experience with Lukas Podolski and Bastian Schweinsteiger both having passed 100 caps and they will line up alongside Thomas Muller and Toni Kroos. Low has named only one ‘out and out’ centre forward in his squad and Miroslav Klose needs only two goals to go past Ronaldo’s all time World Cup scoring record.

Lazio’s Klose will therefore play as a lone striker with Mesut Ozil likely to be added to a five man midfield. Germany’s line up for the opening match should therefore read,

Germany’s midfield simply has to be the strongest in the entire tournament and here are five men who have demanded some colossal transfer fees in their time. Muller, Kroos, Ozil and Podolski in particular can all surge forward and support the centre forward and their overall goal scoring record means that Low’s men shouldn’t suffer by playing a lone striker.

The defence is also solid but the real strength at the back is the keeper Neuer who is arguably the best stopper in the world right now.

Germany can push one or two players forward into the striking position should anything happen to Klose however it is a gamble for Low to travel to South America with just one centre forward. The Lazio man will turn 36 just before the opening game and while he maintains a high level of fitness, this is going to be a long and testing tournament.

Elsewhere, the Arsenal pair of Ozil and Podolski have struggled a little with form and fitness but it really is hard to find a serious weakness in this German line up.

At opposite ends of the field, Neuer and Klose are the most crucial players in this team. German sides of the past have built their success on tight defensive play and while they have never been the most prolific of scorers, there is always a centre forward in the Gerd Muller style to snatch vital goals when it matters.

Germany’s midfield has the flair but the keeper and the centre forward hold the key if they are to progress.
Watch out for 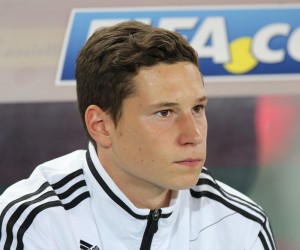 In the summer of 2013, Schalke’s Julian Draxler was one of the hottest properties in European football but amidst reported interest from Arsenal, the midfielder stayed with his existing employers.

Draxler is still only 20 and is by no means a certain starter but if Low gives him a chance, this will be a breakthrough tournament.

South American conditions may count against the Germans but they offer a good option at those outright win odds of 6/1. This is the strongest midfield in the tournament and while there are question marks over playing a lone striker, Germany could be worth a moderate stake at odds of 5/2 to reach the final.