The Dutch were impressive at the 2010 World Cup as they made it all the way to the final but there was a physical edge to their game and they could justifiably point to a lack of discipline as one of the reasons why they lost to eventual winners Spain.

This year, Louis Van Gaal is in charge for the last time but who will he trust to go one better and bring home the nation’s first title?

Van Gaal has named a 23 man squad for Brazil and unlike other countries, it should be safe to assume that the Dutch will line up in accordance with their shirt numbers. Therefore, 1 – 11 should start the opening match with Brazil and that leaves some unfamiliar faces in the line up.

Regular keeper Maarten Stekelenburg has endured an injury hit year with Fulham so Ajax’s Jasper Cillessen has been handed the number one jersey. The 25 year old has just seven caps but has been in top form in the Eredivisie and deserves his chance. 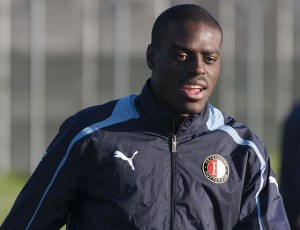 Cillessen will sit behind a back four that features Ron Vlaar, Daley Blind, Stefan de Vrij and the Portuguese born Bruno Martins Indi. Wesley Sneijder starts in midfield and will go past 100 caps in this tournament while Nigel De Jong, Jonathan de Guzman and Arjen Robben complete an attacking central line.

Up front, Robin van Persie is a guaranteed starter and while it’s unclear who will partner him, the prolific Klaas-Jan Huntelaar is the likely candidate to complete a line up that reads.

Van Persie finished Holland’s qualifying campaign as joint top scorer from all teams around the world with 11 goals. It’s been an injury hit season at Manchester United for the 30 year old but if he stays fit, he will be key to Dutch success at this summer’s World Cup.

Along with Van Persie, Arjen Robben is the focal point of the attack and his contributions from the wing are vital in this tournament. Robben has a reputation for being selfish so he will need to know when to deliver that final ball.

Overall, while Dutch teams of the past have been lauded for their creativity, this is a very strong unit with a solid defensive edge to balance plenty of potency up front.

Injury has hit Van Gaal’s plans before a ball has been kicked with Stekelenburg and Rafael van der Vaart ruled out of the tournament. Of those that remain, Van Persie and Huntelaar have experienced their injury issues in recent times and general fitness must be a concern.

In 2010, the Netherlands picked up more yellow cards than any other side and that indiscipline must be addressed in Brazil. John Heitinga’s sending off arguably cost the Dutch the final and it’s imperative that the side keeps its temper in check. 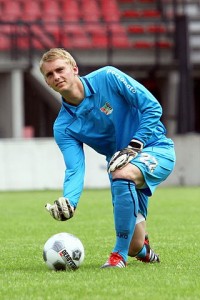 Van Persie and Robben are the key men up front and if they are on form, the Dutch have every chance of making it through to the final once again.

Further back, the performances of the inexperienced Cillessen in goal are crucial to the side’s progression.

At 22, Feyenoord’s Jordy Clasie has been watched by some of the biggest teams around Europe. He’s not expected to start the first game but he’s an exciting midfielder who Van Gaal should be trusting on the pitch.

The Netherlands are among the long shots for Brazil at odds of 33/1 with William Hill to win outright. In South American conditions that may be a fair figure but it’s a strong squad and a price of 6/1 with Coral to reach the semis might be worth considering.