The first round of World Cup matches is nearly complete and Monday’s action sees the European favourites make their bow. They say it’s always dangerous to write off the Germans but can Joachim Low’s team take an early win in the first of three fixtures on Match Day 5? 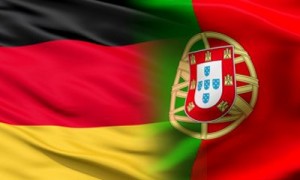 This should be the group decider and whoever can take three points from this tie is almost certain to progress to the knockout phase. Germany are favourites at 6/5 and have a strong side coming in to the World Cup. The loss of Marco Reus was obviously a blow to preparations but a midfield that contains Lukas Podolski, Mesut Ozil and Bastian Schweinsteiger looks to be the most dangerous in the entire tournament.

In contrast, many think that Portugal are a one man team but they are more than that and will tempt some punters at their win odds of 13/5. Cristiano Ronaldo is the main threat however and the Germans will know this. The draw completes the result market at 23/10 with Winner Sports but this should end with three points to Germany.

With Argentina and Bosnia playing on Sunday, this game completes group F and it will be an important one in the battle for second place. The Argentines are fully expected to coast through this section and all of the three remaining sides have a real chance of joining them in the round of 16.

Nigeria have taken strong sides to previous world cups but they are not quite the same force these days. However, the African squad lead the betting here at 5/4 for the victory with Winner Sports. Elsewhere, the draw is at 11/5 with a win for Iran priced at 29/10 with BetVictor.

On paper at least, the Nigerians should take the points: They have a strong midfield based around Victor Moses and John Obi Mikel while the strike force of Peter Odemwingie and Emmanuel Emmenike is a potent one.

The majority of Iran’s squad plays in the country’s domestic league so there will be some unfamiliar names in this line up. They can be challenging but we can’t see beyond a Nigerian win. As a potentially sound side bet, Odemwingie is available at 23/10 with Paddy Power for a goal in 90 minutes.

It’s back to Group G for the final game of Monday night and with Germany and Portugal the favourites to progress, the side who loses this game is likely to be eliminated. Ghana made the quarter finals in 2010 and are favourites to take the points here at 13/8 while the USA, who also made it out of the groups four years ago, are quoted at 85/40 with BetVictor.

Look out for the exciting Kevin Prince-Boateng who should be given a run at centre forward in this Ghana team while Clint Dempsey is the main threat from a USA point of view. Both men could be strong contenders in the first goal scorer market: Prince-Boateng is at 8/1 with Stan James while Dempsey is quoted at the same figure of 8/1 with Coral.

The teams actually met in the round of 16 four years ago and this was a tight affair, won by Ghana in extra time. We think this will be equally close and are therefore staking on the draw at 11/5.