With Brazil and Croatia kicking off the World Cup on Thursday, Mexico and Cameroon will now complete the opening fixtures from Group A while there is a full schedule of games in Group B. Friday should really deliver on excitement but what are the best bets from these three ties?

Mexico are the third favourites to qualify from this section behind Brazil and Croatia but they have a relatively strong side and should comfortably take the points against Cameroon. The Mexicans are priced at 13/10 with Coral for the win while Cameroon are at 14/5 and the draw 11/5.

Manchester United’s Javier Hernandez may start on the bench so you should possibly avoid the striker in the first goal scorer market at 6/1. A better option is first choice centre forward Oribe Peralta at 11/2 while Chelsea’s Samuel Eto’o is a sound option for Cameroon at 15/2.

Neither side were particularly outstanding in qualification and as opening games can often be subdued, we’re predicting a tight encounter. Mexico to win by one goal is at an excellent price of 29/10 with Ladbrokes while a 2-1 scoreline in favour of the South Americans drops in at 21/2 with BetVictor. 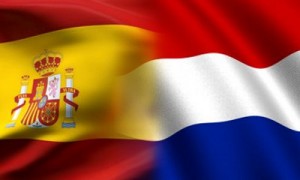 Many predict that this will be the best tie of the group stages but it will have to be an improvement on the 2010 final which was a bad tempered affair decided by a single goal. Spain have won their last three major tournaments and are favourites to take the win here at 20/23 with BetVictor.

The Dutch have beaten some of the best sides in major tournaments and will be dangerous at 9/2 with Coral while the draw looks particularly tempting at 12/5.

Holland coach Louis Van Gaal is expected to play a defensive game in the hope of taking at least a point. That should be enough to see both sides progress to the next phase but it does mean that we could be in for a very dull 90 minutes. Under 2.5 goals looks likely at 8/15 with BetFred while a 1-1 outcome is at 13/2 with Ladbrokes.

The Socceroos performed well at the 2006 World Cup, making it to the round of 16 before losing narrowly to eventual winners Italy. However, few pundits are giving Australia much hope ahead of their opening tie in 2014.

Chile are red hot favourites to take the points at 9/20 with Winner Sports and that should be a banker bet. Alternatively, Australia are the outsiders at 9/1 with Coral while the draw is at 7/2.

One concern for the Chileans is an injury to their influential midfielder Arturo Vidal who is rated as very doubtful for this opening game. That could affect the South American’s chances but this is probably a good time for anyone to be playing Australia.

New coach Ange Postecoglou was installed after the side were thrashed by France by six goals to nil in October and his main task will be to avoid similar outcomes. Chile will need Vidal back for the more important ties against Spain and the Netherlands but the South Americans should be comfortable winners here – even in the Juventus midfielder’s absence.