After two weeks of thrilling action, the group stages of the World Cup have come to a close and now we get down to the knockouts. Several teams have impressed beyond their capabilities while other, stronger nations have been a little subdued but now, it’s winner takes all. 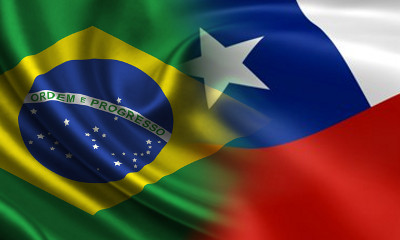 Host nation Brazil are one of those sides who haven’t exactly been convincing, even though they took seven points and finished at the top of Group A. That will give hope to a Chile side who came through in second place behind Holland in group B and after a comfortable victory over holders Spain, the Chileans will have some confidence here.

The bookmakers aren’t expecting an upset however and Brazil are clear favourites at 8/13 with Coral. Elsewhere, the draw is priced at 10/3 while a win for Chile is available at 21/4.

Remember, those prices are for the result in 90 minutes and don’t take into account extra time and / or penalties.

Brazil may have beaten Cameroon and Croatia on the way to the round of 16 but the most telling result was a 0-0 draw with Mexico – another tough, competitive South American side. That suggests that Chile have a real chance of taking the game to extra time at the very least and another bet to consider is Brazil to qualify at an even shorter 3/10 with BetFred.

Form suggests that the draw in 90 minutes is really tempting and certainly worth a small stake but another option is to take the inform Neymar to score in normal time. This drops in at Even Money with Winner Sports and would give you a little more profit than taking Brazil for the outright win.

While the Uruguayans continue to defend the indefensible and launch an appeal against Luis Suarez’s ban, there’s no doubt that the Liverpool striker’s absence has taken some of the gloss away from this fixture.

The two South American teams should have been very evenly matched but without Suarez, Uruguay are very much the outsiders at 16/. Meanwhile, Colombia have been impressive and while they should have been favourites in any case, recent events mean that they have shortened to Even Money with Winner Sports. Meanwhile, the draw completes things in the result market at 5/2.

The man to watch here is Colombia’s James Rodriguez who, along with Lionel Messi was the only man to score in all three group games. The Monaco midfielder is worth a stake at 9/4 with Winner Sports to find the net in 90 minutes and he is a clear dangerman for Uruguay.

With their main striker watching from the sidelines, Edinson Cavani has to take responsibility but he falls behind several Colombians in the first goal scorer betting at 15/2.

Luis Suarez has been rightly banned for the rest of this World Cup and beyond but from a betting perspective, his absence has brought a little confusion into the markets. Colombia are now red hot favourites but Uruguay will still battle, particularly as they feel that they have been treated unjustly by FIFA.

It’s tempting to play safe and opt for the draw but after the Colombians eased through qualifying, we’ll back them to edge the game in 90 minutes but it will be tighter than this pre-match market suggests.