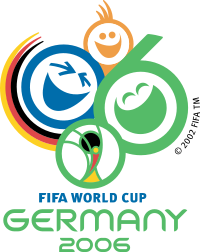 Ultimately, the final of the 2006 World Cup is remembered for one incident that led to the sending off of France’s Zinedine Zidane. Overall, the tournament in Germany wasn’t one of the most sparkling tournaments of all time and in that sense, perhaps it got the final that it truly deserved.

And that explains why few can remember who won the football World Cup in 2006? Actually it was Italy, who claimed their 4th title there.

The German hosts were favourites to win the tournament and they began their campaign in emphatic style with a 4-2 victory over Costa Rica. Jurgen Klinsmann’s men went on to dominate group A with three wins from three with Miroslav Klose well on the way to claiming the Golden Boot.

Eventual finalists Italy and France came through their sections but the French were unimpressive as they finished Group G as runners up to the Swiss. Along with Germany – Spain Brazil and Portugal also finished their opening rounds with a 100% record with the Spanish looking particularly impressive as two goals from David Villa contributed to a 4-0 victory over Ukraine.

France’s lacklustre opening campaign meant that the 1998 winners had to face a tough knockout tie against the Spanish but a sudden change in form led to a memorable 3-1 win. Patrick Vieira and Zinedine Zidane scored late on to seal the win.

Meanwhile, the Italians were poor when facing the unfancied Australians and it needed a Francesco Totti penalty, deep into injury team to divide the teams. Elsewhere, two goals from Lukas Podolski helped Germany to progress against Sweden while Brazil and Portugal continued their impressive form with victories over Ghana and the Netherlands respectively.

At this stage of the competition, most eyes were still firmly focused on Germany but Klinsmann’s men were handed a hard draw against Argentina in the quarter finals. Roberto Ayala opened the scoring for the South Americans before Miroslav Klose equalised ten minutes from time and the match subsequently drifted into penalties.

Germany squeezed through that shoot out and were joined by France, Italy and Portugal in the semi finals. France had overcome the mighty Brazil via a single Thierry Henry goal while Italy were far more impressive in despatching Ukraine by three goals to nil. Meanwhile, Portugal joined the quartet after beating England on penalties after their match had remained goalless.

Italy’s semi with Germany seemed to be drifting towards yet another shoot out before some late drama in extra time. There was little of interest to report and the tie was locked at 0-0 before Fabio Grosso and Alessandro Del Piero scored in the 119th and 120th minutes respectively.

The second semi final between France and Portugal was settled in 90 minutes but it was no more memorable than the first game. A penalty from Zidane was enough to separate the two teams.

The final was held in Berlin on the 9th of July and it should have been an entertaining game between two evenly matched sides. Early exchanges were tense but it looked as if the tie would come to life after Zidane slotted home yet another penalty on seven minutes.

Italy took up the challenge and defender Marco Materazzi levelled twelve minutes later before Luca Toni hit the crossbar before half time. However, the second period failed to live up to the potential of the first and a forgettable passage of play drifted into extra time.

It’s a sad indictment of the final that the two goalscorers came together to provide the most memorable moment of the match. Shortly before the end of the extra 30 minutes, Materazzi insulted Zidane in an off the ball incident and the Frenchman head butted his opponent in the chest, earning a red card in the process.

Italy duly won the shoot out to claim their fourth World Cup but from the semi final stage onwards, this wasn’t exactly the showpiece that FIFA were hoping for.