The World Cup’s Most Sportsmanlike Moments

World Cup historians frequently like to look back on previous tournaments and point out the cynical aspects of the game. Players diving, feigning injury and scoring goals with their hand! There have been many such incidents since the first finals took place in Uruguay in 1930 but refreshingly, the World Cup isn’t all about bad sportsmanship.

Some of the best footballers on the planet travel to the world cup every four years and many have a deep mutual respect for each other. Here are some of the best sportsmanlike moments in the tournament’s history.

When England met Brazil in a group match in the Mexico tournament of 1970, it was a case of the holders against the favourites. Alf Ramsey’s side had won the World Cup on home soil in 1966 while the Brazilians were highly fancied to take their third trophy in these familiar South American conditions.

Both teams had won their opening games so a victory for either would seal their qualification to the next round. Brazil dominated possession and created some great chances but the resolute defending of Bobby Moore kept the 1962 Champions at bay. When Pele finally did find some space, his downward header was kept out by Gordon Banks who pulled off what many believe to be the greatest save of all time.

Footage highlights the Banks save but it also shows Moore making a number of brilliant, and clean tackles against Pele and the Brazilian attackers. England finally did concede and went on to lose the game 1-0 but they had given Brazil their toughest game of the tournament.

At the end of the fixture, Moore and Pele are shown smiling, shaking hands and exchanging shirts in what has become one of the most iconic images of the World Cup. Two fierce competitors were acknowledging each other’s brilliance after a tight and absorbing game.

After the tie, both players showed great mutual appreciation as Pele said of the England defender.

“He defended like a lord. Let me tell you about this man. When I played, I would face up to a defender, I would beat him with my eyes, send him the wrong way; I would look one way and then go the other. Defenders would just kick me in frustration. They would foul me because they couldn’t stop me, or because I would confuse them with my movement. I would move my eyes, my legs or my body, but not always the ball. They would follow my move, but not Bobby, not ever. He would watch the ball, he would ignore my eyes and my movement and then, when he was ready and his balance was right, he would take the ball, always hard, always fair. He was a gentleman and an incredible footballer.” 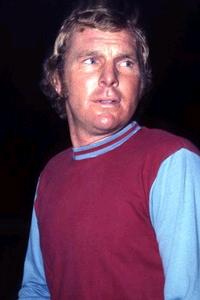 Moore later returned the compliment when he wrote in his autobiography,

“Pele was the most complete player I’ve ever seen. Had everything. Two good feet. Magic in the air. Quick. Powerful. Could beat people with skill. Could outrun people. Only 5′ 8″ tall yet he seemed a giant of an athlete on the pitch. Perfect balance and impossible vision.”

“When you play against people of that ability, at the highest level, for those stakes, you don’t have to speak the language to come to know each other.”

“At that time, Pele hardly spoke a word of English yet, without thinking, I knew him as a nice, quiet, sincere man, a gentleman and a sportsman.”

The words just back up those deeds and actions on the pitch and those that witnessed the tie will never forget these two giants of the game.

From the 1970’s onwards, diplomatic relations between Iran and the US were tense to say the least and the two countries did everything they could to avoid each other in the sporting arena. However, when the draw was made for the first round of group games at the 1998 World Cup in France, the two teams were pitted together.

It was billed as the most politically charged game that football had ever seen and there was certainly plenty of tension leading up to the kick off. There were claims that a terrorist organisation had purchased 7,000 tickets with a view to staging a protest and the world prepared to watch with some degree of trepidation.

Amidst this backdrop of extreme tension, the game was a dream for FIFA and for political leaders all round the world.  The two sides emerged, side by side in the tunnel carrying bunches of white roses before they came together for a historic, joint team photo.

In the 1998 World Cup, it was customary for one side to walk towards the other and to offer customary pre-match handshakes. However, the Iranian Supreme Leader had given specific orders that his team should not walk towards the Americans. Thankfully, the US were happy to undertake that particular task and a potentially awkward situation was diffused.

As for the game itself, Iran won by two goals to one but the result helped neither team as they were both eliminated at the group stage. However, for once the game transcended mere football. Throughout the 90 minutes there was a lack of cynicism – no diving, no cases of trying to get an opponent into trouble and when players did fall to the ground under a tackle, a man in an opposing shirt was always there to pick them up.

In short, it was one of the most refreshing games of football ever witnessed.

“We did more in 90 minutes than the politicians did in 20 years,” said USA defender Jeff Agoos.

The two sets of teams had done so much but they continued to rebuild relations on the sporting field by agreeing to a set of international friendlies between the two. This was without the knowledge of either government, thereby proving once again that sport and politics just don’t mix.

As a footnote to the original game, FIFA hand out a Fair Play Award every year and in 1998, it was given to the teams that had participated in this tie. Since the award’s inception in 1987, this is the only occasion when a World Cup match had directly led to a winning recipient.

Iran returned to the World Cup for the 2006 tournament in Germany but once again, every game had a political edge to it. Here, however, was another occasion where the tension was diffused, even if the circumstances were less than happy ones.

Felipe Sanchez was preparing to fly out to the World Cup to watch his son Oswaldo play in goal for the Mexican national team but sadly, he died of a heart attack before he could travel. Oswaldo Sanchez had to break off his own preparations to attend the funeral but he bravely returned to take his place between the posts as Mexico’s campaign got underway.

Mexico and Iran lined up in Nuremberg to play their first match of the tournament and the Iranians made a point of presenting flowers and offering their condolences to Sanchez before the match, which Mexico went on to win 3-1.

“It was my dad’s dream for me to be here, playing in the World Cup, and I am happy,” the goalkeeper said after the win.

Mexico’s players also hailed their inspirational stopper with midfielder Zinha dedicating the victory to “our great friend Oswaldo, who is a great person.”

“What courage to go through such a difficult thing and then represent your country like it’s supposed to be done,” he added.

Oswaldo Sanchez had indeed been courageous in taking to the field but the actions of the Iranian players proved that sometimes, football is just a game.

Admittedly, this act of sportsmanship may have taken place between two members of the same side but it did create one of the most enduring images of any World Cup. In the 1990 tournament in Italy, England had battled all the way to a semi final where they faced a strong German side for the right to progress and take on Argentina.

The teams couldn’t be split and after a 1-1 draw at the end of extra time, Germany edged it in the dreaded penalty shoot out. Throughout the finals, Paul Gascoigne had been behind everything that was good about England’s play but as the tie reached the 99th minute, he received a yellow card that would keep him out of the final.

“My heart sank the moment the referee took out the yellow card,” said England manager Bobby Robson. “My heart hit my shoes because I realised instantly that was the final for Gascoigne – out. And that’s a tragedy for him, me the whole of football.”

Gazza reacted like it had been a tragedy and was quickly in tears. Lineker, his club team mate at Spurs rushed over in an attempt to console him and clearly asked Robson to keep an eye on the emotional midfielder.

In the event, England lost on penalties and Gascoigne would merely miss the third place play off against Italy but this was a touching moment in the heat of battle.

It’s quite sad that when you trawl the archives of World Cup football, it is actually quite difficult to uncover too many great acts of sportsmanship. It’s an issue that FIFA, the game’s governing body, are only too aware of and in recent tournaments there have been measures introduced to address the problem.

Ahead of the 2010 World Cup Finals in South Africa, referees were taught a number of English swearwords as FIFA looked to crackdown on the amount of obscenities directed at them from players. There was a concern that millions of young viewers across the World would watch their idols and then try to copy their example – good or bad.

Impressionable young kids always like to emulate their idols and while they may attempt to copy their footballing skills on the pitch, there has to be a temptation to follow their lead as far as bad language is concerned.

FIFA’s actions may have worked as in the 2010 tournament, we saw 17 red cards and while that may seem like a significant amount, it was actually down on the 28 that were issued in Germany in 2006.

Hopefully, we may see a further drop in the number of red cards at this year’s tournament.

The Dutch Slip up

In the 2010 World Cup final, the Netherlands underlined the value of good sportsmanship and maintaining your discipline but it was for all the wrong reasons. The game between Holland and the Netherlands should have been a spectacular affair between two creative sides but instead it was played out to a backdrop of fouls, dissent and bookings.

Referee Howard Webb issued no less than 14 yellow cards and a single red to Holland’s Johnny Heitinga but many felt that the Englishman was too lenient on a set of players who had lost all discipline. The Dutch were the worst offenders with nine yellows but when Heitinga was sent off in extra time, Spain took advantage of the extra man and Andres Iniesta broke the deadlock just as the match seemed to be heading into penalties.

The World Cup must make players feel tense as they line up in the biggest sporting tournament on the planet but as players from Iran, the US, England, Brazil and others have shown us, there is room for sportsmanship in the beautiful game.

The tournaments since 1930 have also proved that the teams that go on to greater glory tend to be the ones that keep their discipline and keep on the good side of the referee. Hopefully, a positive trend will continue and we can enjoy a World Cup that is remebered for all the right reasons.