The Most Infamous World Cup Sendings Off

The World Cup gets ever closer and while we look forward to some entertaining games between some of the best footballing nations on the planet, we will certainly see another rash of red cards as the pressure builds on individual players.

A sending off can dramatically change the course of any contest and here are some of the most infamous dismissals in the history of the World Cup.

The only thing remarkable about Dutchman Heitinga’s red card in the 2010 final was the fact that this was the solitary dismissal in an extremely bad tempered match. Earlier in the game, Heitinga’s team mate Nigel de Jong was extremely lucky to stay on the pitch after a horrendous, chest high challenge on Spain’s Xabi Alonso.

“Yes, I was concerned it might be worse than a yellow,” De Jong said after the game. “It looked worse, although to be honest I didn’t see the opponent coming in from the side.”

By comparison, Heitinga’s two yellow cards were quite tame but the second, early in extra time was to prove conclusive. Andres Iniesta was hauled down by the Dutchman and was punished by referee Howard Webb and with the Netherlands down to 10 men, Iniesta scored to give Spain their first World Cup win.

In total, Webb issued 14 yellow cards in the game and admitted that he would have sent off De Jong had he been able to get a better view of the incident.

The 2006 final between France and Italy was supposed to mark the end of a glorious career for Zinedine Zidane who was expected to deliver another World Class performance to turn the game in favour of his side. Zidane had been the hero of France’s trophy winning team of 1998 – scoring twice in the final against Brazil but his contribution eight years later was to be remembered for all the wrong reasons.

The game itself had been an anti-climax to the tournament and with the teams locked at 0-0, extra time and penalties beckoned. Then, an extraordinary incident occurred as Italian defender Marco Materazzi fell to the floor clutching his chest. The action had occurred away from the range of the TV cameras but a subsequently unseen angle proved that Zidane had head butted his opponent directly on the sternum

Following the intervention of the fourth official, Zidane saw red and after much conjecture, the injured party revealed what he had said in order to inflame the Frenchman.

“I was tugging his shirt, he said to me ‘if you want my shirt so much I’ll give it to you afterwards,’ I answered that I’d prefer his sister,” Materazzi confessed.

David Beckham’s glorious career has taken in some incredible high points but the one true low came in 1998 when the nation collectively blamed the Manchester United midfielder for England’s elimination from the 1998 World Cup.

The round of 16 match was the latest in a line of incident packed games that led all the way back to Antonio Rattin’s dismissal in 1966 but this tie gave England the perfect opportunity to exact revenge for Maradona’s Hand of God goal twenty years later.

The game itself started in thrilling fashion with the Argentines taking a sixth minute lead through a Gabriel Batistuta penalty. The English responded and after Alan Shearer drew level from the spot, 18 year old Michael Owen gave Glenn Hoddle’s team the advantage through a brilliant solo effort.

England kept the lead until just before the break when a well-worked free kick found its way to Javier Zanetti who forced home the equaliser.

At 2-2 with the teams coming out for the second half, the match was perfectly poised but the exciting flow to the game was ruined when Beckham aimed a petulant kick at Diego Simeone after a foul by the Argentinian. The Manchester United man was dismissed and although England battled bravely, their campaign was over thanks to one of many heartbreaks at the hands of a penalty shoot out.

Later, effigies of Beckham were being burned on English streets and the player himself went on to point the finger at manager Glenn Hoddle for fanning the flames.

“He didn’t blame me, exactly, but he made it clear that he thought that my mistake cost England the game. He showed his anger and irritation with me. It definitely fed the frenzy,” Beckham later claimed. 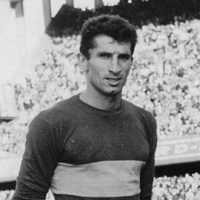 At the end of a bad tempered quarter final between England and Argentina, manager Alf Ramsey refused to let his English players swap shirts with their opponents, referring to the Argentines as ‘Animals’.

Argentina had begun the match in an aggressive manner and after a number of ‘over the top’ tackles, German referee Rudolf Kreitlein had seen enough and chose to dismiss the captain Antonio Rattin. The sending off may have been justified but as Kreitlein spoke no Spanish, Rattin objected to the fact that he had been dismissed for ‘Violence of the Tongue’. Argentina’s skipper refused to leave the pitch and eventually had to be escorted off by two policemen but as a final act of protest, he sat on the red carpet which was exclusively for the Queen’s use.

In the aftermath of Rattin’s dismissal, English referee Ken Aston, who was merely supervising the game, came to the pitch in an attempt to calm things down. However, this move only served to convince the Argentines that it was all part of an English conspiracy and this game helped to spark ill feeling between the two teams that continues to boil over to this day.

France were so impressive at the 1998 World Cup that many forget that the host nation were left to battle on with ten men after Desailly’s red card in the final against Brazil. The former Chelsea and AC Milan defender received a yellow for dissent just after half time but 20 minutes later he had to leave the pitch after a clear foul on Cafu.

Desailly had been immense for the French both in the earlier stages and in the final itself and just before he received his second yellow of the game, the defender was making a vital clearance from Bebeto to keep his side’s 2-0 advantage.

France were left to play on with a man down but while Brazil battled, the hosts stood firm until they notched a breakaway third goal from Emmanuel Petit, deep into injury time.

So far we’ve seen acts of violence along with offences of a far more petty nature but these two players have brought us one of the most unpleasant incidents ever at a World Cup.

Games between Germany and the Netherlands always produce more than their fair share of incident and after the Dutch had beaten their fierce rivals on the way to the European Championship title of 1988, the Germans had a chance for instant revenge when the teams were paired together at Italia 90.

Holland’s Rijkaard and Germany’s Voller got in some early scrapes before the Dutchman received a yellow card for scything down his opponent on 20 minutes. Whether he objected to the booking or Voller as an individual is unclear but as the German’s back was turned, Rijkaard launched a volley of spittle into his left ear.

The officials hadn’t seen the incident but as the striker actively tried to draw their attention to it, he was booked for dissent. Shortly afterwards, the two men clashed again in the Dutch penalty area and both were sent off. Rijkaard spat again as they left the pitch and reports claim that the pair came to serious blows in the tunnel but ten years after the incident, the Dutchman apologised for his actions amidst claims that he and Voller had patched things up.

After Rijkaard’s disgusting act, it’s back to pure violence now and a game from the 1962 World Cup which became known as the Battle of Santiago. The first round tie between Italy and Chile ended with two sendings off and another round of police intervention but it had started with a backdrop of tension after Italian journalists questioned Chile’s right to even host the competition.

Preparations for the 1962 finals had been hit by the massive Valdivia earthquake in 1960 and the criticism led to a tense atmosphere in the stadium prior to the match. High tackles and poor overall discipline were the main features of the early exchanges and it didn’t take long for referee Ken Aston’s patience to give way.

On eight minutes, Italy’s Ferrini was dismissed for kicking out at Chilean Honorino Landa but he refused to leave the field until a police escort arrived several minutes later. Tension only began to increase and the home nation’s players were to get away with some rather ferocious challenges of their own before Mario David’s sending off on 41 minutes left Italy to play the second half with just nine men.

Just prior to David’s dismissal, he had been on the receiving end of a punch from Leonel Sanchez which took place right in front of the linesman. This selective viewing on behalf of the officials only inflamed the ill feeling between the two nations and it ultimately led to more ugly scenes and further police intervention.

After the match, the BBC described the tie as “the most stupid, appalling, disgusting and disgraceful exhibition of football, possible in the history of the game.” Meanwhile, referee Aston, who had fought in World War Two said it was like being back in battle.

Peruvian international Galindo claimed an unwanted piece of World Cup history when he became the first player ever to be sent off in a World Cup final tournament. He received his marching orders in the 54th minute of a group game against Romania for a bad tackle and once again, his actions formed part of a bad tempered match.

Uruguayan Police were called to separate players and with Peru down to 10 men, the Romanians went on to clinch a comfortable victory by three goals to one.

At Italia 1990, Argentina’s Pedro Monzon also claimed a place in history as he became the first player ever to be sent off in a World Cup final. Had he waited a few minutes however, that unwanted record could have gone to team mate Gustavo Dezotti.

Independiente’s Monzon hadn’t been named in the original starting XI and had been brought into the game as a second half substitute for Oscar Ruggeri. He made a fast impact, but for all the wrong reasons.

After 65 minutes of the match, defender Monzon hacked down German striker Jurgen Klinsmann and was shown a straight red card by the referee. Twenty minutes later, Dezotti was dismissed for the foul that led to the German’s winning penalty and it led to shameful scenes that saw the ref barged relentlessly by protesting Argentine players.

Argentina lie in second place in the table for most yellow cards at the World Cup – one behind Brazil – and this double dismissal keeps them in with a chance of ascending to the summit of indiscipline during the 2014 tournament.

Uruguay’s Batista holds yet another infamous place in World Cup history by receiving the fastest ever red card in the tournament. It’s a record that still stands to this day and it was earned against Scotland in 1986 when the player slid into the back of Scotland’s Gordon Strachan after just 56 seconds of the match.

Although it was undoubtedly a poor challenge, it was the type of tackle that many referees allow to pass when it occurs so soon into the match but Joel Quiniou showed no leniency and Batista was sent packing. Ironically, the dismissal was the highlight of a game which finished in an otherwise forgettable 0-0 draw.