The so called ‘group of death’ gets underway with all four teams from section D in action this Saturday while the trio of matches is completed by Colombia v Greece. It’s going to be an intriguing night of football on Saturday but who will emerge with vital wins?

The South Americans have been warned not to underestimate a Greek side who have caused plenty of upsets in major tournaments but the bookies aren’t holding out too much hope for the 2004 European Champions. 24 hours ahead of this tie, Colombia are favourites to take the points at 10/11 while a Greek victory is way out at 9/2 with BetFred.

The draw completes things at 23/10 with Winner Sports but is there any point in backing against the favourites?

Colombian skipper Mario Yepes claims the squad are perfectly prepared.
“The whole team comes with a clear idea of what is Greece,” he said.

More importantly, the Colombians have the quality with an awesome front line and some incredibly gifted midfielders. A win for the favourites seems nailed on while Colombia to score in both halves is another option at 11/4 with William Hill.

With three strong teams in this group, Uruguay simply have to get their campaign off to a winning start against a Costa Rican side who are the rank outsiders to qualify from this group. However, they will probably have to do so without Luis Suarez who is not likely to be passed fit for this opener after his recent knee operation.

If Uruguay were playing Italy or England, that would be a concern for the side but they should still be too strong for their fellow South Americans. Uruguay are favourites for the win at 9/20 with BetVictor and that should be a banker. Alternatively you can back the Costa Ricans at 17/2 with Winner Sports or the draw at.

The absence of Suarez could have an effect on the game but Uruguay retain a potent striker in Edinson Cavani. A good additional bet here would be to take the PSG centre forward to score anytime on 90 minutes and this will currently return odds of 9/5. 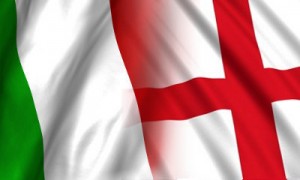 Every game in Group D is vital and while a win will do much to help either team advance, neither will want to lose. That could lead to a very dour tie here and our favoured bet is the draw at 2/1 with Winner Sports.

As an alternative, Italy are favourites at 19/10 with BetVictor with England declared at 21/10 with Coral.

Much has been made of England’s injury concerns ahead of this game but the problem pair of Danny Welbeck and Alex Oxlade-Chamberlain are not guaranteed starters. That should leave manager Roy Hodgson with his preferred choice XI and much will depend on the potent strike pairing of Wayne Rooney and Danny Welbeck.

Another factor in this game could be the pitch in Manaus which isn’t in the best condition and there are even rumours that it has been painted green to make the surface look better than it is! That will add to the tension and just backs our theory that this will end in a low scoring draw so you could also add a small stake for a 1-1 correct score which drops in at 11/2 with William Hill.