Predictions for Sunday, 29th: Can the Dutch march on?

The second set of round of 16 games takes place on Sunday with two thrilling ties in prospect. The Dutch have entertained us all at this World Cup and they are expected to come through against Mexico but this is the knockout stage and anything can happen.

Meanwhile, Greece and Costa Rica meet with the winner set to face the Netherlands in the quarter finals. 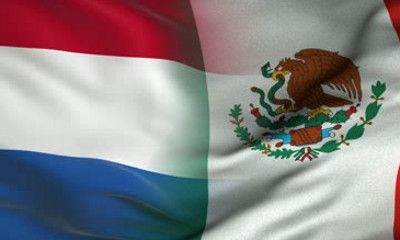 Argentina, Belgium, Colombia and The Netherlands were the four teams to emerge from their groups with maximum points but the Dutch were far more convincing. After a 5-1 demolition of holders Spain, a less comfortable 3-2 win over Australia followed before Louis Van Gaal’s team coped without Robin Van Persie to see off a spirited Chile.

It all suggests a safe progression for the European nation and the bookmakers agree, having made Holland favourites at 11/10 with Winner Sports to win the game in 90 minutes. Van Persie is back, having served his one match ban for two yellow cards and along with Arjen Robben, the Dutch have the most potent strike force in the tournament. If Mexico are to stand any chance of going further in this competition, they simply have to stop this deadly duo.

The Mexicans themselves impressed as they held pre-tournament favourites Brazil to a 0-0 draw and the South Americans are now priced at 29/10 for the win in normal time. Mexico look strong going forward with Peralta and Dos Santos the main threats but they can be vulnerable at the back and that’s not good news when you’re facing a team of Holland’s calibre.

Expect an entertaining game and while the Dutch look good to qualify, two evenly matched sides could produce a draw here at the end of 90 minutes. This outcome is quoted at 5/2.

The two teams on show in Saturday’s second game were rank outsiders to progress from their respective sections but that shows you how much profit you can potentially make on the World Cup. Costa Rica were right out at 50/1 to qualify from Group D and the South American side are now favourites at 31/20 to win this tie in 90 minutes.

The Costa Ricans deserve to be here after beating group favourites Italy and Uruguay and perhaps it’s a little surprising that they aren’t at an odds on figure.

As for Greece, little was expected of them ahead of this tournament and if we’re being honest, they didn’t exactly impress in the group stages. First up for the 2004 European Champions was a predictable 3-0 defeat against eventual group winners Colombia and they are only here by virtue of an injury time penalty from Georgios Samaras in the 2-1 win over Ivory Coast.

Surprises in World Football do happen and the Greek’s win at the Euros ten years ago just serves to underline that but we just can’t see past a Costa Rican win here.

If you don’t fancy the result market then Costa Rica’s Joel Campbell to open the scoring looks a good bet at 7/1 with Winner. That figure makes the Arsenal man the favourite here but another option is Bryan Ruiz, who scored the winner against Italy. Ruiz is at 15/2 with Winner Sports.

Form suggests that Costa Rica should come through quite comfortably and although the Greeks have a habit of upsetting the odds, we don’t expect any surprises in this tie.